The II international conference Grain Ukraine took place in Odessa on 7th and 8th July 2017. Motto of this year was “Be among the best – be here!” And, indeed, the best representatives of the Ukrainian and international agrarian community gathered at the right time in the right place to effectively address the most pressing issues of the market. We collected the main points of Grain Ukraine 2017.

1 open letter to the President of Ukraine

On July 7th at conference an unscheduled appeal to the government was addressed by the leaders of largest port operators and agro-industrial companies, headed by Shota Khadzhishvili, whose company RISOIL S.A. day before, on July 6, was subjected to armed searches. This appeal to the President, the Head of the Government, the Prosecutor General, the Minister of Internal Affairs and the Head of Security Service of Ukraine, with the demand to put an end to the raider attacks and power pressure practice was supported by Ivan Miroshnichenko, People’s Deputy of Ukraine, Member of the Verkhovna Rada of Ukraine Committee on Agrarian Policy and Land Relations. As part of the appeal, all guests of the conference were invited to sign an open letter to the President and Prime Minister.

The Ministry of Infrastructure of Ukraine represented by the Minister Vladimir Vladimirovich Omelyan and his deputy Nadezhda Kaznacheeva, as well as the Administration of Seaports of Ukraine in the person of its head Raivis Veckagans, presented the project “Investment opportunities: the Chernomorsk port”. Within the framework of presentation, the vision of the approach to berths No. 7, 8, 9 development of the Chernomorsk port was voiced. Raivis Vecskagans has noted: “The plans for the development of terminals construction designate more than 35 projects, 10 are under implementation. Forecasting, in 5 years our ports capacity can reach 100 million tons”. In addition, the Minister of Infrastructure has officially announced: “This year we are expecting DP World in the port of Yuzhny and Hutchison Ports in the port of Chernomorsk. I hope these companies will confirm their readiness and come to the market. These are the world”s largest port operators. The Ministry is not looking for incomprehensible offshore companies, calling them big companies. We contact and work only with global industry leaders“.

The hottest topic of the conference was the round table “Land reform: from emotions to understanding”. On this issue the audience was divided into supporters of the rapid adoption of the law on lifting the moratorium on land and opponents of accelerating this process. The discussion moderator, an entrepreneur, teacher at the Kyiv-Mohyla business school, co-founder of the Nova Kraina project, Valeriy Pekar shared his conclusions after the debates: “We need to talk, we need to hold the debates. In various formats, at economic schools and on television, in the capital and in regional centers. Without dialogue we shall never reach any positive result. The dialogue is the basis for decision-making, this is the only way to hear each other and move from fears, myths and prejudices to quality decision-making. Why did not such a debate begin three years ago? – asked the EBRD representative in Ukraine Sevki Acuner, and there was no answer“.

4 main blocks of the educational program

The educational block oh the conference was devoted to 4 main sessions “Global trends in agriculture”, “Consumption markets”, “Origination markets” and “Investments and financing of agribusiness”, where the best international speakers talked about the current year forecasts, technologies and tendencies of the agro-industrial complex.

The first session “Global trends in agriculture” was held under the moderation by Elena Voloshina, Head of IFC activities in Ukraine. Senior Economist at the International Grains Council, Darren Cooper told about the forecast for 2017/18 regarding global markets for grain and oilseeds. “The global acreage under soybeans is growing. China intends to switch to increasing its production. In China there is no acute need for soybean imports, but it is a signal that they are increasing their own production of this crop. The import demand also depends on a several factors, in particular, the rape crop in Europe. If there is a bad harvest, it will be replaced with soy“, – said Mr. Cooper. Tamas Benko, Head of the corn trading in Europe and Africa at Cargill International SA, in his report drew attention to the corn market: “Previously, Africa imported 200 thousand tons of Ukrainian corn. But this crop production in African countries has doubled, so imports from Ukraine will decrease. Ukraine will become a more regional exporter. This does not mean that it will become a smaller player“. The questions and trends that should be taken into consideration based on the previous trading season experience, were exposed by Ivanna Dorichenko, partner at Integrites. Andrei Agapi, Senior Grains Analyst at S&P Global Platts, and Jeffrey Kuijpers, Executive Director at CME Group, analyzed the pricing mechanism in the Black Sea region and the new production landscape.

The “Consumption markets” topic was moderated by Nikolai Gorbachev, President of the Ukrainian Grain Association. In this session, Jeffery Xu, General Manager at Overseas China Investment Limited, provided an overview of the 4 systematic crises with soybean imports in China since 1996. Karen Braun, Global Agriculture Columnist for Thomson Reuters, told about the productivity global trends: “Today, farmers grow new soybean varieties that are resistant to weather conditions. There are big investments in soybean fields, and they return“. Damien Plan, Directorate General for Agriculture and Rural Development at European Commission, noted in his presentation: “Ukraine is the No.1 supplier of maize to Europe. There is a great potential for supply of rapeseed and soybeans from Ukraine to the EU“. Bogdan Tymkiv, Founder of AgroChart.com, identified the Black Sea region role in the distribution of grain and oilseeds world trade flows.

Sergey Vovk, Director of the Center for Transport Strategies, moderated the session “Origination Markets”, where Ezequiel Hajnal, Director of Agrosud S.A., shared his experience in the South American grain market and Marcelo Neri and Arthur Neto, Managing Director and Managing Partner, respectively, of Alphamar Shipping Agency, provided an overview of grain logistics in Brazil. Daniel Donner, Senior Vice President of AGI, also touched upon the topic of Brazil on the example of Ukraine”s similarity in the grain infrastructure development. Olga Trofimtseva, Deputy Minister of Agrarian Policy and Food of Ukraine on European Integration Issues, also spoke during the session.

In the last educational program block, “Investments and financing of agribusiness” headed by Yuriy Vakhel, Business Development Director at “Astarta-Kyiv”, sounded presentation by David Hightower, President of “The Hightower Report”, entitled “Return of funds to commodities, the reflation trend and the prospect of a weaker dollar and the currency influence on grains” The next speaker was Oleksandr Artiushyn, Vice President and Senior Originator of Food and Agriculture Business at Swiss Re Corporate Solutions, with report “Risk management solutions across the agribusiness supply chain”. Olivier Bouillet, CEO at Agritel International, reviewed the impact of increased grain production in Ukraine on pricing. This block was closed by Cedric Hermann, Managing Partner in EUROPE Insurance Brokers, reporting about innovative insurance solutions, namely, the cost of hedging the agricultural insurance price and drought risk management with the help of soil moisture index insurance.

The educational part of the Grain Ukraine 2017 program in the concert hall “Sady Pobedy” was closed with the evening cocktail of the Special Sponsor AGI. After that everybody went to the GALA EVENT NIGHT sponsored by the GSI, where guests enjoyed buffet from Fratelli restaurant, cocktail bar from Fitz, performance by the cover-band Monkey Juice, dances for “Diskopartizani” and other Balkan motives by Shantel (Germany), followed by dj-set of Ravin (Buddha Bar, Paris).

On July 8th the guests of the conference spent the day by the sea at the beach complex PLAGENICK, protected from the sun with caps bearing proud inscription GRAINHERO. In addition to the previously announced morning cocktail, performance by band “Money Ahead”, volleyball tournament and Latifundia game, the guests were very “Odessa-hosted” with a coloristic buffet including crabs, shrimps and mussels, frisbee, live performance of incompared Tatyana Amirova and dj-set by no less beautiful Yana Kenziro, and also, a lottery of the box in the Ibiza club for the Mumiy Troll band concert.

2 best agrodays of this summer and more than 450 participants

Andrey Stavnitser, CEO of TIS, Head of the Grain Ukraine Conference Organizing Committee: “The main thing is people who want to move this country forward. We have many allies. China, Argentina, the United States, Great Britain, Brazil, Japan, Germany, France – people gathered from all over the world. There was a lot of new acquaintances. New blood, new contacts, new experience are exactly what Ukraine needs so much, and in very large numbers. We feel real interest! Visa-free and Stockholm arbitration against Gazprom are doing their job. Thank you to all those who did not go with the Prime Minister to London; these were not empty words, my promises, that everything would be great“.

“I sincerely congratulate all participants of Grain Ukraine. This is indeed one of the key events in Ukraine. Ukraine, which traditionally is a supplier of grain, food for the whole world. This event is planned to combine business, authorities, experts and citizens, so that we clearly understand where we are going, what we do and what is our ultimate goal“.

“Today in Odessa: Grain Ukraine, agricultural traders and producers, logistics professionals. Interesting discussions on the stage and no less interesting at coffee breaks. Infrastructure and agrarians are united in one harness. Their challenges and tasks are common, and therefore we must move together with reforms too“.

Vladimir Naumov, Board Chairman of Center for Strategic Research, Vice President at the Union of Cooperators and Entrepreneurs of Ukraine:

“For me, GRAIN UKRAINE is an interesting and informative event. Just as in the past year, the event was organized at a high level. Rarely we have the opportunity to communicate, simultaneously, in one place with representatives of ministries and business. A huge number of participants allow learning about effective models of logistics development, new directions in exports and issues related. Along with the exports development comes an additional interest to our country. This makes me happy. I hope, together with the development of grain exports, raw materials, we will develop the export of the product with added value. “

Summarizing the results of the conference, it should be noted that the organizers desire to become even better and express gratitude to everybody, who took part in Grain Ukraine 2017! 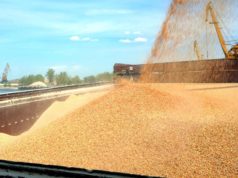 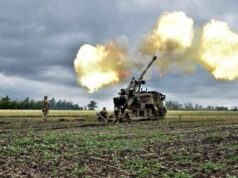 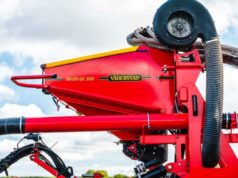 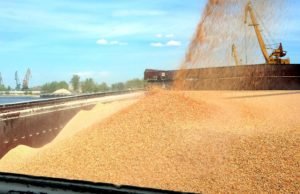