Grain that consists of 50 percent or more of whole or broken soybeans (Glycine max (L.) Merr.) that will not pass through an 8/64 round-hole sieve and not more than 10.0 percent of other grains for which standards have been established under the United States Grain Standards Act.

(a) Classes. There are two classes of soybeans: Yellow soybeans and Mixed soybeans.

(1) Yellow soybeans. Soybeans that have yellow or green seed coats and which in cross section, are yellow or have a yellow tinge, and may include not more than 10.0 percent of soybeans of other colors.

(2) Mixed soybeans. Soybeans that do not meet the requirements of the class Yellow soybeans.

(c) Foreign material. All matter that passes through an 8/64 round-hole sieve and all matter other than soybeans remaining in the sieved sample after sieving according to procedures prescribed in FGIS instructions.

(d) Heat-damaged kernels. Soybeans and pieces of soybeans that are materially discolored and damaged by heat.

(e) Purple mottled or stained. Soybeans that are discolored by the growth of a fungus; or by dirt; or by a dirt-like substance(s) including nontoxic inoculants; or by other nontoxic substances.

(h) Splits. Soybeans with more than one-fourth of the bean removed and that are not damaged.

(a) Garlicky soybeans. Soybeans that contain five or more green garlic bulblets or an equivalent quantity of dry or partly dry bulblets in a 1,000-gram portion.

(b) Purple mottled or stained. Soybeans with pink or purple seed coats as determined on a portion of approximately 400 grams with the use of an FGIS Interpretive Line Photograph. 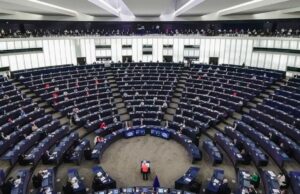