(b) Dockage. All matter other than flaxseed that can be removed from the original sample by use of an approved device according to procedures prescribed in FGIS instructions. Also, underdeveloped, shriveled, and small pieces of flaxseed kernels removed in properly separating the material other than flaxseed and that cannot be recovered by properly rescreening or recleaning.

(c) Heat-damaged kernels. Kernels and pieces of flaxseed kernels that are materially discolored and damaged by heat. 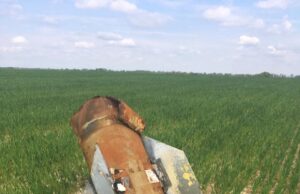