The disclosure of information about the relatively lesser danger of the new Omicron strain contributes to the gradual recovery of markets, in particular, the edible oil one. Thus, at the end of last week, February oil futures rose by an average of 5%.

Palm oil prices also rose significantly, amid expectations for a decline in December production due to harvest delays following recent floods in eight Malaysian states. As a result of the floods, exports of palm oil from the country during December 1-20 decreased by 5.1% compared to the same period in November this year, according to the cargo testing service Intertek.

Palm oil stocks in Malaysia as of the end of November slightly decreased to 1.82 million tons, which is at the same time higher than market participants’ expectations (1.78 million tons), as the slowdown in exports compensated for the decline in production.

According to our price monitoring data, during the reporting period, mainly negative price adjustments were recorded on the domestic markets for key oilseeds and their derivatives. In the sunflower segment, prices continued to decline during the reporting week. On the EXW basis, sunflower seeds were traded within the range of 17800-18200 UAH/t (-1.1%), while on the CPT enterprise basis – 18000-18400 UAH/t (-1.1%). The key driver of this movement is the decline in sunflower oil prices.

Sunflower oil of Ukrainian production on FOB basis in the Black Sea ports continued to lose in price by the end of the week and was traded in the range of 1300-1315 $/t (-1.7%). Export prices for Ukrainian-made sunflower oil are falling to the lowest level since the beginning of the current season. Thus, in the absence of cardinal changes in the near future, the negative price trend in the sunflower segment should be expected to continue.

Soybean prices on the domestic market decreased slightly last week. On EXW basis, they were traded in the range of 15500-15900 UAH/t (-0.6%). On CPT port terms, soybeans occupied the price range of 16300-16700 UAH/t (-0.6%). The main factor determining the observed price movement is the reduction in external demand.

In the rapeseed segment, prices last week were mostly stable, holding high positions both on domestic and export bases. On FOB terms, they fluctuated in the range of 765-775 $/t. It should be added that the value of the nearest futures contracts for rapeseed on EURONEXT exchange resumes its historical maximum almost every day. 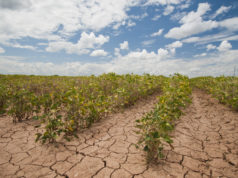 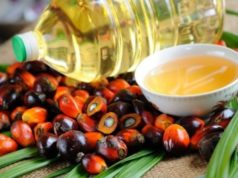